Most of modern mail clients already use three column layout. For Roundcube exists a plugin that implements this feature, but it’s not actively developed and its quality is low. It’s about time to implement this as a core feature of Roundcube.

So, my idea was to get rid of the preview pane setting (and switching) functionality and use layout selection. In the messages list menu you can now select from three options: Widescreen (three columns), Desktop (two columns, preview at bottom), List (two columns, no preview).

And here’s how the UI in widescreen mode looks like. Desktop and List modes work as the old UI without any changes. Note that record content (list of columns) and layout is hardcoded and not user-configurable. It’s because it have to be clean and static to be usable in small width. It can be modified by plugin though. 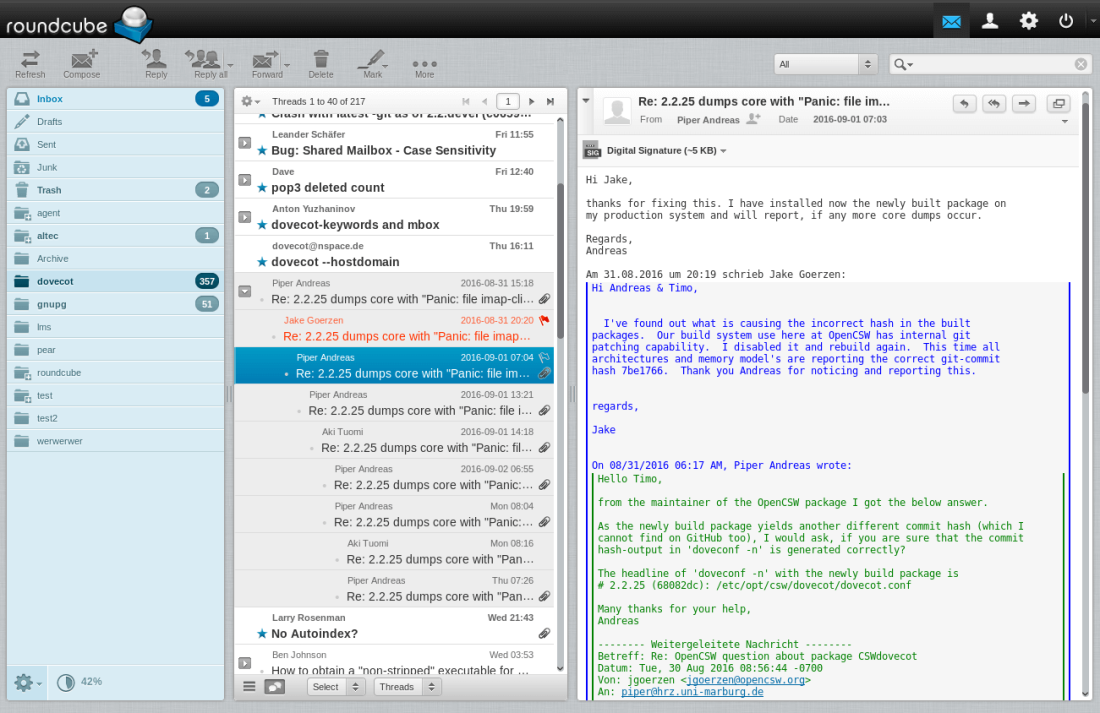 Note that I also modified the attachments list in preview window (in case when it’s width is less than 800px). In widescreen mode width of the preview might be narrow, so displaying the list on the right would take too much precious space.

I also updated classic skin with this functionality.

The code was just pushed to a development branch. After some more testing will be merged into master and is planned for Roundcube 1.3. I hope you like it.

View all posts by alec