HTML editing functionality in Roundcube is provided by TinyMCE 4. Is the new TinyMCE 5 release ready for update? Is it better from Roundcube perspective? Is the built-in mobile mode good? When will Roundcube update to this version? I may not answer these (yet), but I can already provide some screenshots ;)

It’s not a small update. Some functionality have been completely changed, e.g. the emoticons plugin. Should we want a nice integration with the Elastic skin the update requires some significant changes in css. Fortunately, I did the hard work and it is already available as a pull request.

The new version has some nice features and cleaner HTML structure. One of these features is a toolbar drawer, which allows for displaying only the first row of toolbar buttons. The rest is hidden by default and can be accessed with a button.

Thanks to the refreshed HTML code it is easier to apply some custom styles. Dialogs, forms and pretty much everything looks better. As you can see, it has been integrated with Elastic quite nicely. 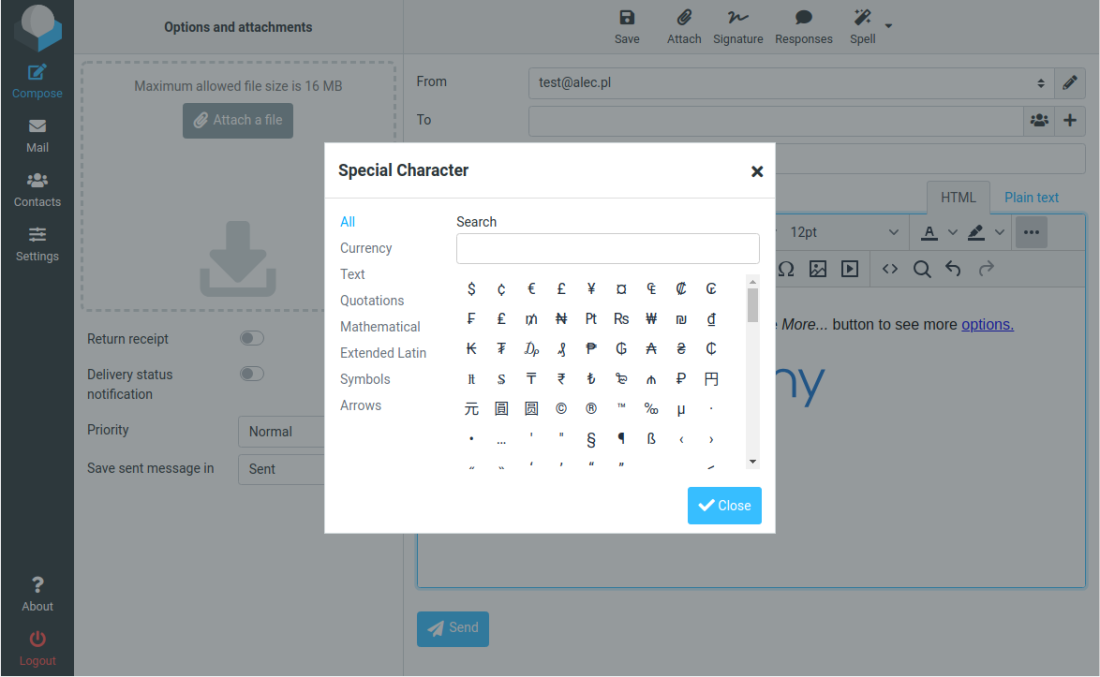 TinyMCE 5 has a built-in mobile mode. So, on mobile it will use a different, touch-friendly UI. Initially the textarea field is masked and requires a touch. Then it opens in full-screen mode with simplified toolbar and limited feature set.

Now to the cons… Unfortunately, especially the mobile UI, has many issues. Small, but embarasing issues, that give a feeling of unfinished product. I created a bunch of tickets (not all of them are bugs) and some of them were fixed quickly. Hopefully we can get them fixed soon. For now, I’m afraid I wouldn’t include it in the next major Roundcube release (coming soon).

View all posts by alec

One thought on “TinyMCE 5”